Students G. Ramadevi and M. Pooja as well as mentor D.Rajitha live in Shivannaguda Village, which is about 38 km from the WEP student center. 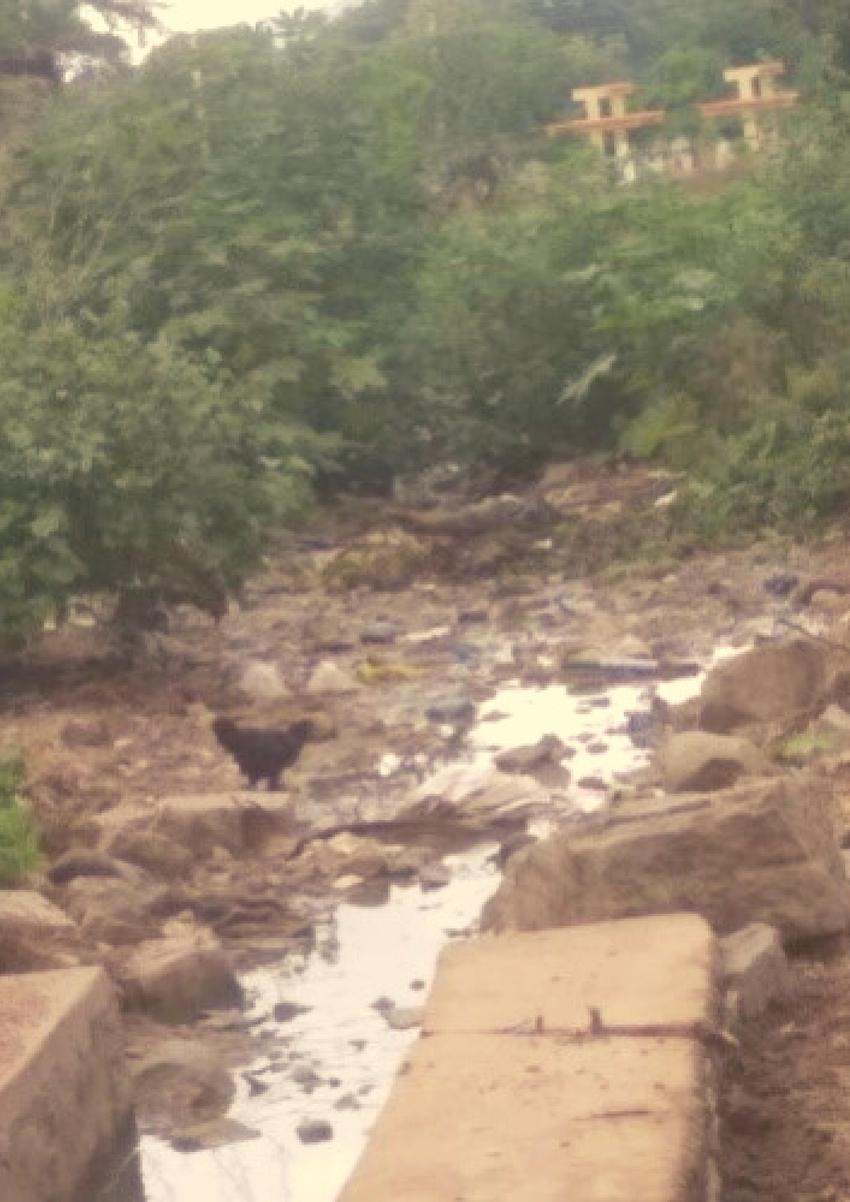 G. Ramadevi and M. Pooja came to Ibrahimpatnam to attend the A. Women’s Degree College. They also are a part of the Leadership Academy and active in the Sisterhood.

The village’s drain pipelines led to Rajitha’s colony and the water would end up forming a pool of drain water by homes that attracted many mosquitoes, flies, and pigs.

This became a breeding site for disease and many villagers became sick with illnesses like Swine Flu, malaria, and typhoid. This was especially a problem during the monsoon season.

When WEP Hyderabad started its “Essential Service for the Citizens” community program, D. Rajitha, G. Ramadevi, and M. Pooja decided to take up this issue. This was a very critical issue because, earlier, when the community’s elders had spoken to the Sarpanch about this problem, nothing was done and the problem became worse every day.

So, after finishing their mapping of their village and community, the girls felt that they should definitely take up this issue. D. Rajitha reported this issue to Ms. Subhasini and the girls moved forward, having explained to their community that they were preparing a complaint petition to submit to the Sarpanch at the Gram Panchayat’s office. When they submitted the petition the Sarpanch ignored them at first and did not take up the issue. Then, the girls informed other community members who then took the petition to the Mandal Revenue Officer at the Mandal headquarters of Marriguda. They then spoke to the village Sarpanch for them.

Within 5 days, the construction of a pipeline started and it was completed after 1 month. The villagers and their parents were very relieved that their drainage problem had been solved and are much happier now. The students were praised by the community and thanked for helping to rid the village of this problem.

Madam has suggested to these girls that they should plant one Neem Tree seed for every house so that they can have pure air as well as medicine from its leaves, which are helpful in preventing malaria and other viruses.