Three WEP students live in a village, which is about 8 km from the WEP student center. They come to Ibrahimpatnam to attend the A. Women’s Degree College. They are also a part of the Leadership Academy and active in the Sisterhood. 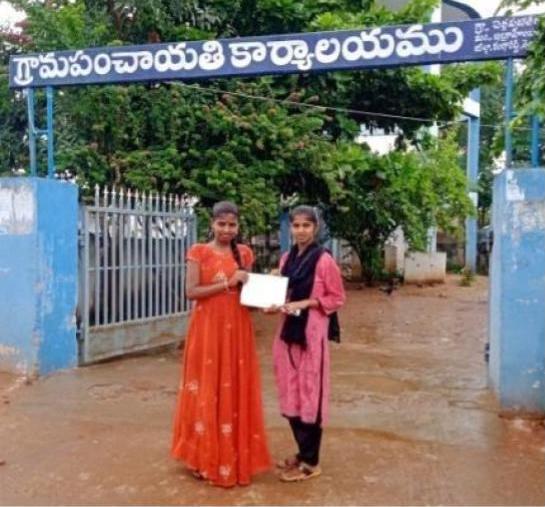 It was during the lockdown of 2021 when the whole country was in the turmoil of the second wave of Covid. Many sick people couldn’t go to the Government Hospital because there was no public transportation available for the villagers. The village had a Primary Health Center, but it was closed during this time. The villagers were very worried and fearful.

During the first and second lockdowns, WEP Hyderabad started community projects using the framework of the Leadership Academy and Sisterhood activities. One of the programs was called, “Essential Services for the Citizens.”

Each girl was to map out their own colony, village, or slum, jotting down all public services like schools, markets, and health facilities. They were to identify important issues affecting the community and address them.

While the three students were mapping their village and discussing some of the issues, they realized that the PHC was not functioning. This was a very critical and major issue that needed to be addressed.

They informed their mentor about this issue, who reported it to Madam Esther, who gave some suggestions and advice for the girls to distribute petitions to communicate concerns to authorities. A draft petition was given to the girls, who prepared the petition. They first spoke to their families and others in the community to obtain signatures, then submitted this personally to the Sarpanch at the Gram Panchayat Office. They told him that they will send the petition to the Mandal Health Officer if action was not taken by him.

The Sarpanch promised them that he will see that the PHC opens.

And, voila! Within three days, the PHC had opened and a doctor was available for services from 9 am to 10 pm. The villagers were very happy about this work of our students and how it assisted them during a very critical time.